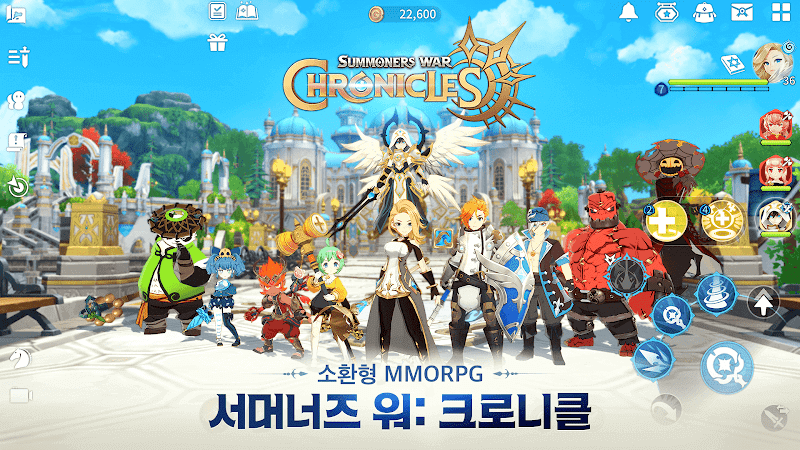 Summoners War: Chronicles is a mobile massively multiplayer online role-playing game (MMORPG) that we anticipate will have a global release in the near future. At this time, there is just the official Korean version available, and it comes in a variety of languages, including English and a few other common ones. You choose a character type and then go on a journey to defeat evil forces. The gameplay is entirely manual and uncomplicated. The user interface is really straightforward, and the images will bring to mind the video game Ni no Kuni. Even more impressive is the inclusion of an open environment with a variety of free exploring choices.

The cutscenes in Summoners War: Chronicles are powered by the game’s engine, and the game’s dungeons have traps and riddles. Many prizes, such as potions and experience point boosts, will be given to new players. The game works flawlessly at a frame rate of 60 frames per second, and the fantastical score adds to the overall quality of the experience.

In Summoners War: Chronicles, you may personalize your experience by selecting from a wide variety of outfits and sets, all of which can be purchased with cash or earned via gameplay. In addition, the world of Chronicles provides you with mounts, such as large and colorful horses, that you may ride on in order to explore it.