Zombie Shooter takes players to challenging battles against zombies that are constantly approaching and in large numbers. There will be zombies with high resistance and become dangerous targets for players. At the same time, the character’s strength will be increased by newly found equipment, unlocked skills, and companion pets.

BECOME A WARRIOR TO KILL ZOMBIES

In Zombie Shooter, players will become soldiers possessing powerful weapons to fight off waves of completely dangerous zombies. These waves will always try to reach the character, and they will try to move around in the game environment to dodge attacks and choose the right time to attack. At the same time, players can also easily access the control mechanism of this game and immerse themselves in attractive shooting gameplay.

Players will observe everything from a third-person perspective and move the character with joystick and attack buttons. These attack buttons include basic shooting attacks and skills that the character can activate during gameplay. At the same time, the game’s goal is completely understandable, which is to destroy the enemies that are always trying to reach you in a limited time, and depending on the number of points you score, you will receive the same number of stars.

When you experience a level of Zombie Shooter, you will be able to face enemies that have more numbers than you, and they can be easily destroyed. But when going to some levels, some new information will be introduced and ask you to be wary of new enemies. These enemies will have a higher resistance level than regular enemies, and you can dodge their attacks. For example, you can know when an enemy accelerates toward you.

INCREASE THE STRENGTH OF THE CHARACTER

In Zombie Shooter, players will be able to unlock soldiers with different power characteristics and help them overcome many challenging levels. Things do not stop there when players can also increase the strength of these characters through upgrades. Specifically, you can equip them with weapons with unique stats and looks, and of course, you can also use the money you have to upgrade their damage, speed, and detection.

The strength of the character does not stop there when you can recruit pets that possess completely impressive supporting skills. It is not an entirely new mechanism but creates surprises for players when collecting pets with remarkable stats. In addition, each character has a certain number of skills that the player can upgrade, and the resources to do this are taken from the levels the player has cleared.

You are now ready to download Zombie Shooter - Zombie.io for free. Here are some notes: 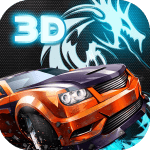