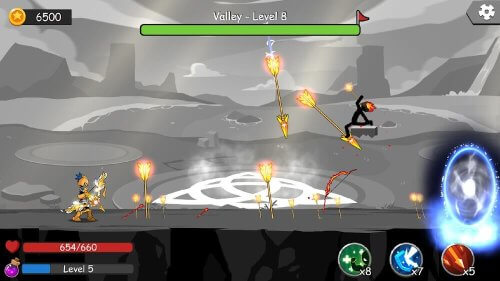 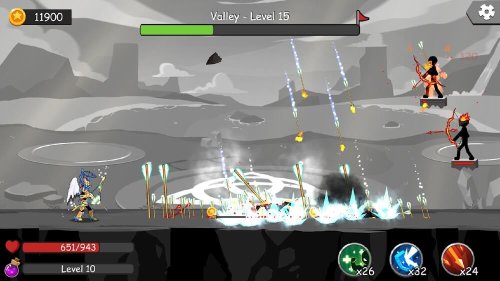 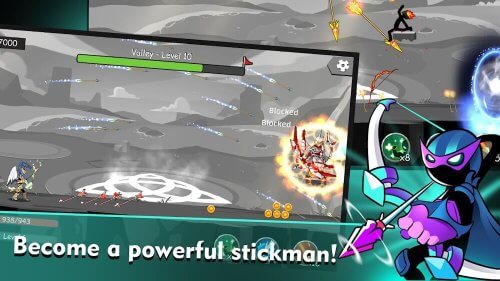 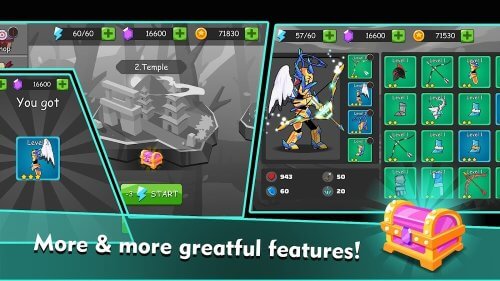 Stickman Fight Archer Survival is an action game in the arcade genre that is simple but extremely attractive and has made a splash in the gaming community. Coming to the game, you will be able to transform into an excellent archer with the familiar stickman character and participate in many dramatic survival battles. Set at the outbreak of war that has destroyed almost all of humanity in the world, including your ancient tribe. You are the last survivor and are responsible for avenging the entire tribe. The bow and arrow that the ancestors of the tribe left behind will become the only weapon that helps the character fight the enemy and make them fear your wrath.

The gameplay of Stickman Fight Archer Survival is straightforward, with elementary operations to get used to, and can be quickly created after only a few times of experience. You need to make touch the screen to raise the bow and accurately aim at the target and then release. The arrow will automatically fly in the direction of the enemy and destroy them. The damage the hand deals with will depend on the body’s position; for example, if the arrow hits the enemy’s head, you can finish him off immediately with a headshot. However, for the enemy to always be shot down, you need to aim precisely at the target to create a perfect path and not let the arrow be deflected in another direction.

Stickman Fight Archer Survival gives you three game modes, Campain, Survival, and 2 Players, so you can freely experience them. With Survival mode, you alone have to face a series of enemies appearing from all sides, and at the end of the screen will be a giant boss with extremely formidable power. If you defeat the boss, you will receive many rewards and can use them to upgrade your weapons. In addition, the 2 Players mode will allow you to compete and show off your skills with other players or maybe friends to find the best archer. To increase the strength of the character, you can also equip more armor, bow, and helmet to increase other basic stats. Not only objects, but you can also provide your character with four different skills: Heal, Teleport, Shield, and Arrow Rain.

You are now ready to download Stickman Fight Archer Survival for free. Here are some notes: