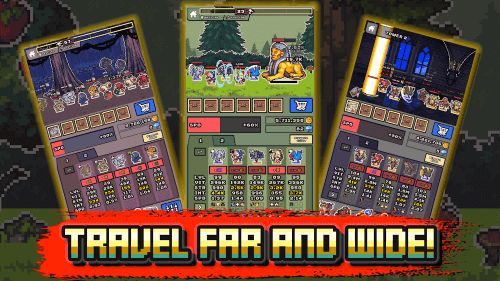 Long years ago, Darkness with powerful force conquered the world. To save the world from the Darkness, the Old Gods from 4 great tribes united in crushing them. After defeating the evil, they returned to their old regions and continued their disputes. Present that Darkness again came to the world with much more powers, but old gods are blind to the threat. So try to avoid the upcoming apocalypse by going against the old gods and uniting their tribals—the story of the game Idle Monster Frontier – team rpg developed based on this ancient history. You must save the world from this danger by putting all four tribals together and fighting against the Darkness.

A monster from Outer Realms helps you to defeat the Darkness, and it bought some monsters for you to make your first team. Align the monsters so enemies can be trounced from more robust to weaker ones, in the first place, and so on descending order. An elephant is the best starter monster to defeat the enemy monsters. You can use the travel buttons at the top to send your monster to fight in the field and speed boot your monster by tapping in the upper world area. Every monster you defeat has a chance to drop itself and is worth keeping. If your team members fall, then respawn them in your home base. At each level, difficulty increases, so upgrade your monsters with collected gold.

Monsters also can power up with traits because each one is born with a core trait that can’t be transferred or unlearnt. To learn those traits from other monsters, click on the learn button by consuming the contributed monster. So capturing and destroying wild monsters to learn their rare characteristics can be more critical than your monster’s level. You must complete your entire team with strong monsters. To create a master monster, merge two strong monsters. There will be a sparkly marker at the top of your screen, which is the Frontier that, is the furthest conquered outpost. Fighting on the Frontier is more challenging with more dangerous monsters. To complete the level, reach the end of the outpost; after claiming it, you can teleport to the furthest outpost from your home base. Save the world from the Darkness is your goal in the game.

You are now ready to download Idle Monster Frontier for free. Here are some notes: 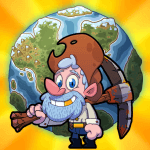 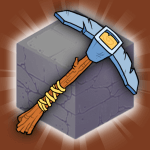 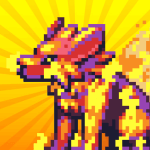