Info :
“Weapons & Armors Durability Don’t Decrease” Need to be Enable before entering on map or it will not apply.
You can Open Settings in Mod Menu and Tick On” Save Features Preference” to get it always On.

Have you ever wished you could go back to medieval Europe and live in an actual city? Although this may sound crazy, Craft of Survival – Gladiators will make it happen. This is a role-playing game from Colossi Games; you will find elements of survival in the game never seen before when participating. In Craft of Survival – Gladiators, you play as a Roman gladiator who runs away from Caesar’s army and hides in a barren land to avoid capture. Your mission is to fight the soldiers who are chasing you and, at the same time, save innocent people. You can also create your empire to defeat Caesar’s army shortly. In this game, there are many things that the player has to do to achieve his goal. COMPLETE THE TASK ASSIGNED TO YOU

Craft of Survival – Gladiators have a lot of different challenges that give players the freedom to go wherever they want. You can tell your character to go to NPCs to receive quests. It can involve fighting soldiers, gathering resources, saving people, and many other things. After each mission, the player will receive a certain amount of resources to build city buildings. The game’s primary goal is for the player to build a large city with a powerful army. Because of this, you will have to go through a long process and solve many problems. In Craft of Survival – Gladiators, players start by doing minor tasks, like building things. First, you will build small shelters to keep yourself safe. You will gradually be able to build something like farms and fortified towers. Players need wood, stone, money, gold, and purple stone, among other resources, to build the city the way they want. SURVIVE WITH OTHER PLAYERS

In Craft of Survival – Gladiators, players can fight against other players worldwide in survival battles. So you can work together to find essential resources, exchange or help each other. You can also go to other players’ cities to gain more experience. On the other hand, not all players are friendly; anytime they want, they can send troops to your city to steal resources. If you beat them, you will get rich quickly because they have a lot of valuable things. 3D GRAPHICS OF THE HIGHEST QUALITY

Craft of Survival – Gladiators has all these features with a high-quality 3D graphics platform. Since this game is set in ancient times, the available images will include more artistic elements. Therefore, the details of the game are made quite simple but still bright and exciting. Other effects are also well done and make the player experience smoother.

You are now ready to download Craft of Survival for free. Here are some notes: 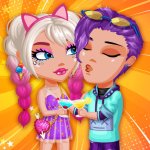 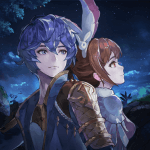