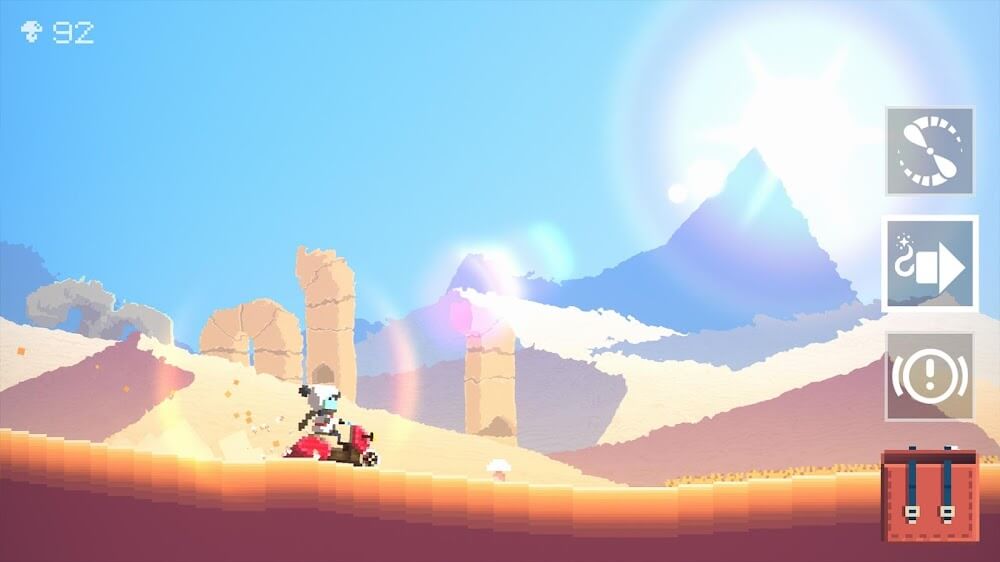 Summer Catchers is an adventure platform game with a completely new playing style that was released on February 19. The game impressed by the pixel design in pastel colors. Overall, the game has a very cute appearance. The game was published for $3.99.

The game begins with a conversation between the main character is a girl, along with an old wolf. She confided that in that place, she had no idea what summer was. So, she asked the old wolf to seek help. The story was hilarious, then it was an old wolf, but somehow she kept calling him a bear. To help, the old wolf handed her a wooden car. In search of summer, she will have to set off on her own. That’s not an easy way when there are many, many monsters hiding in the dark.

The game has platform gameplay, in which the player will start in her car. The player will not need to control the vehicle, since it will automatically move, and the player’s job is to overcome obstacles continuously. Players will not have such skills for their own, but can only overcome obstacles through using the tools. To own these tools, players will need to buy in the shop right before the start of the game. This is a unique point of the game. They are bumpers, jumpers, and boosters. These tools will be purchased for the number of mushrooms the player collects along the way, with prices of 5, 7, and 10, respectively. In turn, be fully equipped, so you don’t have a shortage when needed. The game has a play mechanism that works in a repetitive manner. So, if the player fails, then it will be normal.

This is the point that helps the game impress the player. All in-game details are designed in pixel graphics. However, all of them are set in pastel colors, so it is very cute. Along the way, the player can see the other side of the forest sometimes as giant creatures, sometimes even a glowing pensioner. Do they hide a secret in themselves? Perhaps this answer will be answered on the track.

You are now ready to download Summer Catchers for free. Here are some notes: