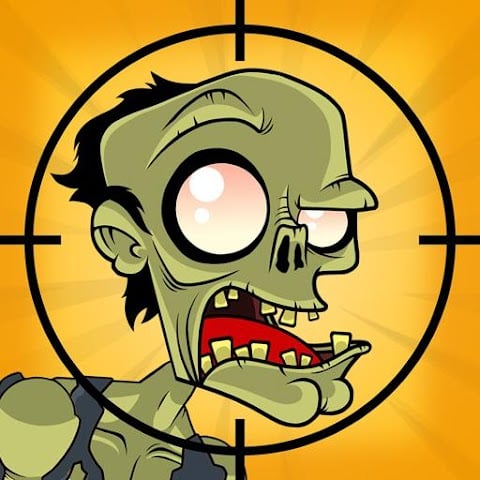 Stupid Zombies 2 is a zombie-themed puzzle game that requires players to have mental ability instead of professional shooting skills. This is a follow-up version, so there have been slight improvements in the gameplay and form to bring great experiences to players. Use your calculating thinking to destroy the zombies as quickly as possible and overcome hundreds of complex challenges.

When you first start in Stupid Zombies 2, you will be able to choose the character you want, such as a male hero or a female hero. During a game screen, you will not be able to move your character but can only stand still and choose an appropriate angle to aim and shoot accordingly. The unique point is that there will not be any dramatic battles because the zombies are considered shooting targets, and you have to defeat them. However, there will be many obstacles to hinder, so you have to find ways to accurately hit the zombie’s body.

The game offers all six scenes with more than 600 levels, and in the first scene, you will be taken to a very dark laboratory. You must pass 100 levels and collect all 300 stars according to the requirements to get the key to open the next scene. In addition, you are also provided with a huge and diverse arsenal of weapons to choose from, such as guns, bombs, and more. Weapons are just tools to kill zombies, and you must use your observation and calculation ability.

The only difficulty in Stupid Zombies 2 is that you are only provided with a certain number of shots, not as many shots as you like. If you use up the allowed number of shots and still do not kill all the required zombies, you will fail at that level. Later on, the difficulty will increase, and it also means that the number of obstacles is also more, so you have to face many challenges simultaneously. Sometimes you will have to play the same level repeatedly, but don’t worry because it’s also an opportunity for you to practice more skills for the next time you play.

According to the game’s level, the number of zombies will also increase gradually. They will be arranged in many different positions, thus causing quite a disadvantage for you. Zombies will appear everywhere, from standing on high iron bars to below ground, and some obstacles will cover them, so it will take a long time to hit the target. However, if you have an intelligent strategy and calculate the shooting direction and angle, the zombies will no longer be a big problem. The most important thing is to save the ammo that has been provided because you don’t have too many opportunities to shoot.

You are now ready to download Stupid Zombies 2 for free. Here are some notes: