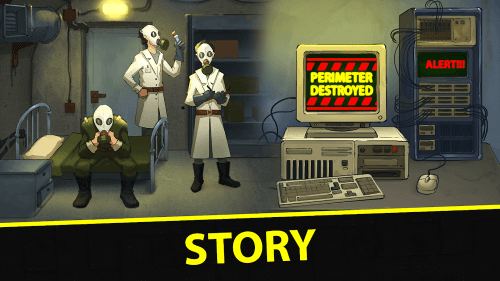 Live Factory: 3D Platformer game is the story of an Underground Factory under the control of Artificial intelligence with working robots. One of the robots from the garbage in blue follows a red robot for help to fix it, but that robot doesn’t care for the blue robot and blocks the way. But that blue robot tries all the possible ways by jumping through the obstacles and reaching the red robot. Then that robot felt amazed and said, you need a tap to fix the damage and asked to find the door and unlock it to get what you wanted. Following its suggestions, the Blue robot searched for the keys and opened all the sector doors in that vast underground factory, facing many challenges to get rare parts like nuts and bolts to remodel.

You play the character of that blue robot that tries to live in that factory. There are many complex tasks while collecting the key and checking out the room. Dangerous robots come on the way and chase you to death, and automated factory works run on, so you need to be careful while jumping. As it is an old underground factory, poisonous liquids fall on the way. Jump with a strategic plan, or you will block between walls.

Along with door keys, also try to collect reward items in the room. To enter a new space, click room scrolling on top of the door, and select your choice. You can control the character through a joystick to jump and move in directions. You can play this game both online and offline. The factory is full of secrets, adventures, harmful liquids, and dangerous weapons; face all these challenges and collect and fix your robot character. Focus on the storyline and customize the controls like a pro player in this platformer game. The graphics and visuals are beautiful and thoughtful.

You are now ready to download Live Factory: 3D Platformer for free. Here are some notes: