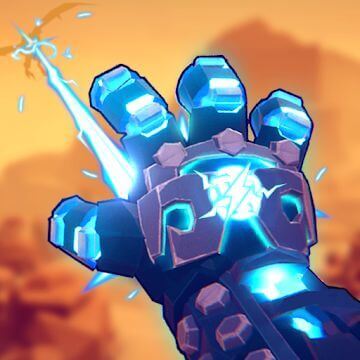 Gunfire: Endless Adventure is a game with gameplay similar to Archero, but the player will control the character from a first-person perspective. They will traverse various levels of dungeons and unlock impressive skills to power up and create combos. At the same time, these combo sequences will combine with the inherent strength of the character determined by the weapon and talents.

If you have ever played Archero before, then you should not ignore Gunfire: Endless Adventure, a game with similar gameplay but brings interesting points not to be missed. The player’s job is completely simple: go into the depths of the dungeons and destroy the monsters they see. At the same time, some floors have bonuses that help players stay alive longer in this game, which certainly offers completely interesting challenges.

Players will control the character from the first-person perspective instead of the third-person perspective, which is different from other games of the same genre. Players will be equipped with two different weapons that can be rotated depending on the situation and opponent they face. At the same time, after a floor is completed, the player will proceed to the gate to go to the next floor, and of course, you can see some chests containing skills that you cannot ignore.

The skill selection mechanism in Gunfire: Endless Adventure ultimately attracts players as they will be able to upgrade the strength of the character and the weapon they are using. Each choice will have three different options, and from there, players can consider making a decision. At the same time, over time, there will be new skills appearing or effective upgrades to existing skills. You will see a series of skills arranged in the bottom corner of the screen.

This skill selection attracts players as they can luckily create powerful skill combinations. Skills can be combined to create attacks on completely new enemies. At the same time, players also need to control their character carefully when facing different enemies. Of course, the bosses will have higher health than usual and always try to summon teammates to destroy you.

Besides the skills that players get in Gunfire: Endless Adventure, they can also find different powerful weapons to use. They can wield two different weapons in multiple cases and unlock supporting talents. At the same time, these talents will help the player improve some aspects of the character’s stats, and powerful weapons of high quality will quickly take you to higher levels.

You are now ready to download Gunfire: Endless Adventure for free. Here are some notes: