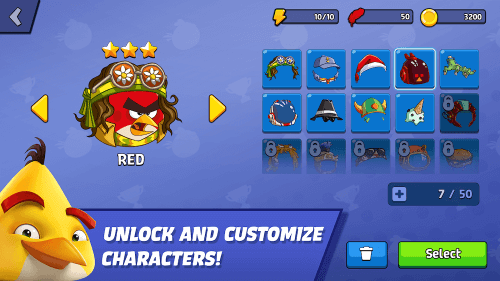 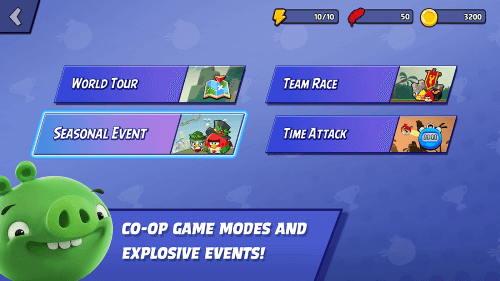 The game name Angry Birds Racing itself makes angry bird lovers feel so enthusiastic because it is a racing game but not with cars, bikes, trucks, etc. it is a race of angry birds. You can select your favorite Angry Bird, name it and customize it. It is recommended game for both angry bird lovers and new players as it is a racing game. Because among all the mobile games, racing games are so popular. After selecting your Angry Bird, choose the Arena and click on the start or play button. Pull Bird back and release it when the dots turn green. While pulling your Angry Birds, format the direction, aim, and fire.

The controls to handle your Angry Bird are you can tap on your screen to jump and press and hold to flip. If you want to speed up the Angry Bird, land Flips to get a Speed Boost; for more speed boosts, your speed increases more. Collect coins in the race and collect Rockets to get a Turbo boost. To get a Turbo boost, tap on the Rocket button once you have collected it. There are big mansions built with ice, rock, wood, etc.

And along with all these, you should reach the lap in the first place to win the race. Suppose you choose one Angry Bird named Red, and you have many other opponent racers named Chuck, Matilda, Bomb, Stella, Mighty, and so on. Race results after the end of each level display the player’s rank list and the time took to reach the final lap. There are different Leagues to participate in, but you should prove with your performance that you are suitable to play. Initially, you will qualify for Bronze League by completing the first lap. To get trophies and climb Leagues, beat all the opponent players. You can win coins in the race and use them to upgrade and customize your Angry Birds. To get new birds, collect feathers, unlock many other Leagues like Silver, Gold, etc., and participate in the races. There are many Co-Op modes and exclusive events worldwide, and you also play with your friends. Angry Birds Racing is fast race gameplay with mind-blowing tracks.

You are now ready to download Angry Birds Racing for free. Here are some notes: