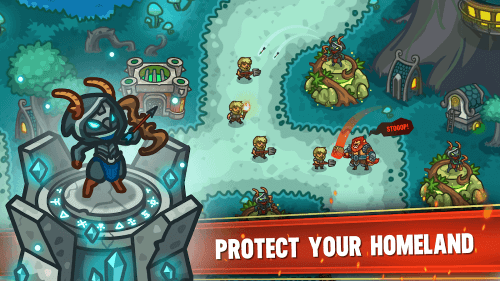 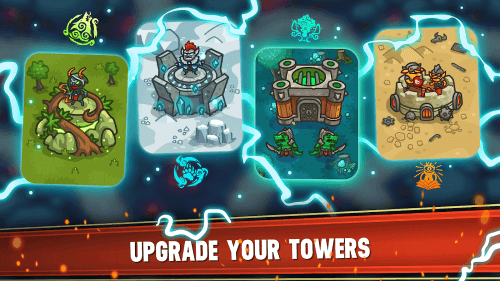 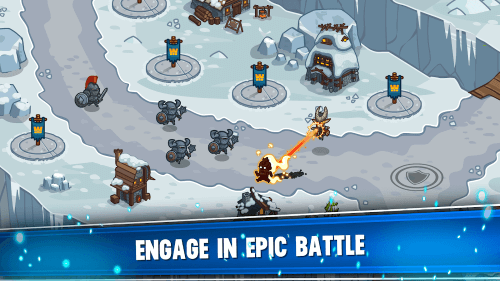 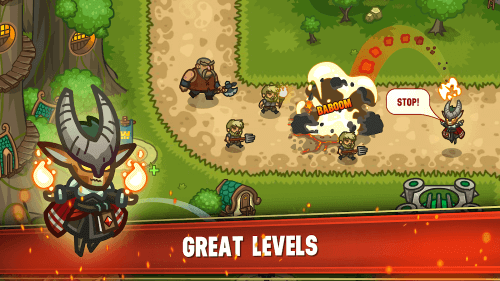 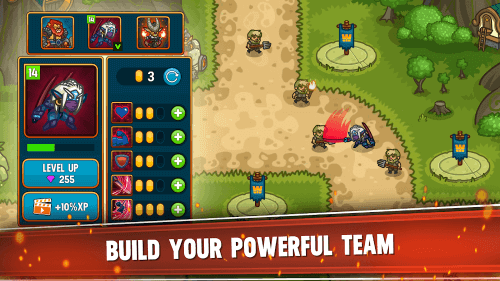 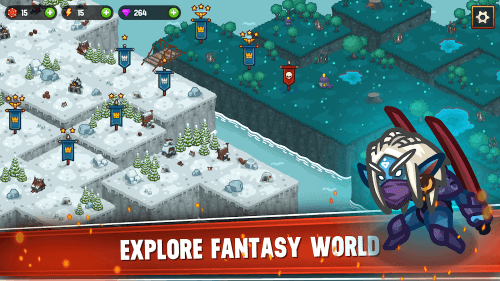 A combination of Magical and Defencing types will include in Tower Defense: Magic Quest Mod APK game. Each level consists of two modes called Normal and Hard, but initially, only Normal is unlocked and complete on Normal to unlock the Hard type. There are multiple red flags on the Battlefield. To start the fight, tap on the flag, choose the weapon and then get ready for battle. By default, Archer is your weapon; unlock all other weapons in upcoming levels for more defense. You need to build an Armory for weapon use and destroy the enemies and monsters who come to attack your towers and protect the buildings from reaching the monsters. Use Archer to kill the monsters; an arrow always finds its way to your enemy with perfect aim and shoot. Earn rewards and gifts after completion of each level.

The monster’s strength and the number increase gradually, and their ways to reach the towers also increase, so be aware of each track and select Power Barrel for more stability. Some of the Monsters you initially go through are:

Goblin: It is a funny little enemy with high speed but little health and no immunity.
Roque: It is silent and dangerous, and use him wisely because it can hold off an entire wave.
Spider Worker: It is cute and tiny but very fast with lightning immunity, and its weakness is fire.
Robber: It is tiny, speedy, and prefers to work with daggers with no immunity and slowing down weakness.
Shaman: It is adept of special goblin magic and doesn’t harm you, but his guards do harm you. It can heal enemy units at extremely long range with moderate speed and health. It has no immunity and physical weakness.

You can build an Armory like Archer, Alarm Tower, Dwarfs Gunner, Wizard, etc., in level 1. Archer is for arrow shooting, and Alarm Tower produces a sound of a tambourine which slows down enemy units, whereas Dwarfs Gunner attack several enemies simultaneously, especially effective against spiders. You can put the mine in the deposit and build, upgrade and place the towers in safe places, which costs a lot of money, and don’t let the enemy destroy your base.

You are now ready to download Tower Defense: Magic Quest for free. Here are some notes: