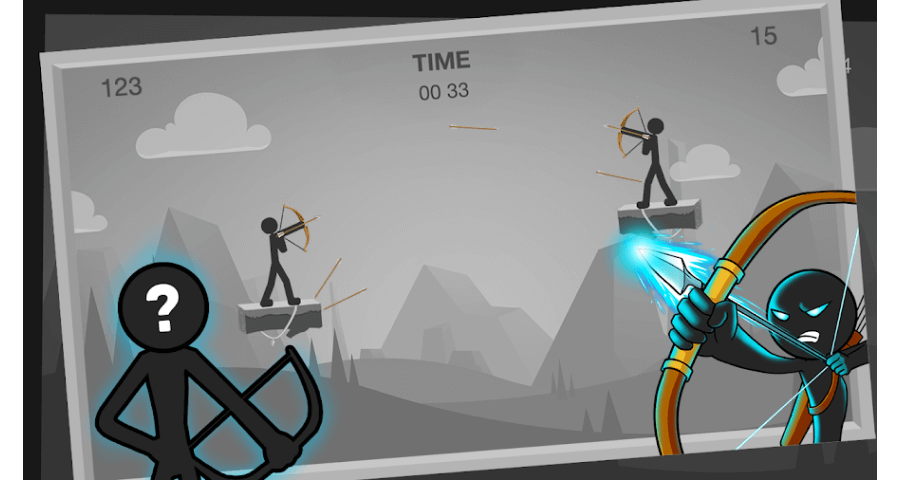 Mr Bow takes players into battles between archers where speed and accuracy are key to success. Players will control the angle of the arrow and, from there, continuously adjust to having accurate shots. At the same time, new enemies will appear during the game and require you to destroy them quickly before they can damage you. Powerful outfits and bows are waiting for you to unlock. THE BATTLE BETWEEN ARCHERS

In Mr Bow, players will participate in a war between archers where anyone tries to destroy the opponent in front of them to protect themselves. They will direct the direction of the arrow and try to deal a lot of damage to their enemies. At the same time, during the game, players will need to pay attention to their attacks when your enemies will not stand still but will continuously shoot bows at a speed that is not as fast as you.

The control method is straightforward: the player will swipe the screen and use the lines of different dots. From there, players will be able to orient the shot quickly and change the angle of fire if the arrow does not reach the enemy. The first levels will usually be quite simple, but new challenges appear as the opponent’s warriors appear over time. Many things make it difficult for you in Mr Bow, such as the constantly changing position of the character. Specifically, you will get used to attacking enemies standing on fixed steps, but your or their steps will change in the following levels. So the player will constantly adjust the angle of the shot. Luckily, the player’s arrows can launch headshots that can destroy enemies in a single shot.

Players will also be introduced to enemies that are included in the blacklist, and of course, they will have more HP than standard stickmen characters. At the same time, each of their arrows is sometimes attached with different effects, such as burning fire arrows. If you have difficulty during the game, you can use the coins you earn to maintain HP and continue to the current level. Besides the default skin of a stickman, players can unlock costumes and arrows with different powers. The player will perform a random unlock by spending some money and receiving the corresponding bow and arrow. The powerful outfits are taken from the enemies you have defeated, and their stats will also improve over time with the money you earn.

You are now ready to download Mr Bow for free. Here are some notes: