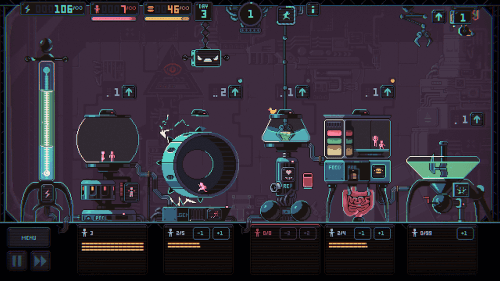 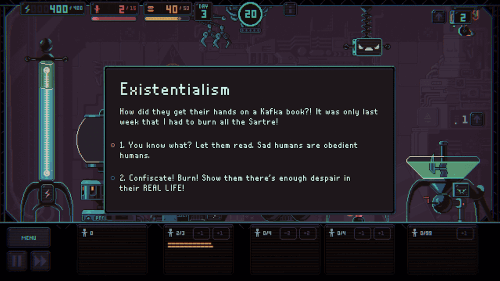 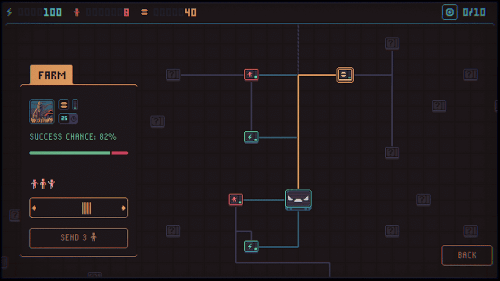 Humans rule the world with their thinking ability, and with that knowledge, they have created AI robots. Artificial Intelligence(AI) think like human and is automated. With this concept, developers designed the game Despotism 3k with extraordinary visuals and ideology where AI control human and conquered the whole world. Humans use machines but reverse gameplay in this game where robots use and control humans. The main character in this game is Master AI which catches a bunch of puny humans and grows the most significant colony. The game contains multiple machines like an Energy reader, Human Storage, Power Generator, Breeding Tube, Food Generator, Bidreactor, and Arms. Upgrade each machine to increase the machine’s capacity and power.

Breeding Tube: Breeding of puny humans takes place in this machine.
Food Generator: Food is produced here by humans.
Bioreactor: Drag humans to this machine for processing into meat and power.
Power Generator: Produces power through mechanical energy.
Human Storage: It is a resting dorm for humans to relax.
Arms: Using arms, grab and drag the humans into these machines.

The left-out power is on the left side as a reader; make sure it of ability ran out. If the power consumes totally, then you will lose the game. Drag the humans into the Power Generator machine to maintain their strength and continue the game. Then produced mechanical energy covert to electrical power. Make sure of the human capacity, don’t make them tired, and see their death. Check the puny human’s energy levels and replace the energy lost with new ones from the Human Storage; drag each human with the Arm robot to each machine to produce food. Drop the puny humans in Food Generator; through the jumping bar, the jump into that generator and make food. Use Bidreactor for both food and power generation. In Brass Monkey Weather, there will be colder, and machines get a freeze so power production will decrease by 17%. Spin the power generator wheel faster to generate heat in the whole system. Enslave more humans for high power output in the design and survive until the end.

You are now ready to download Despotism 3k for free. Here are some notes: