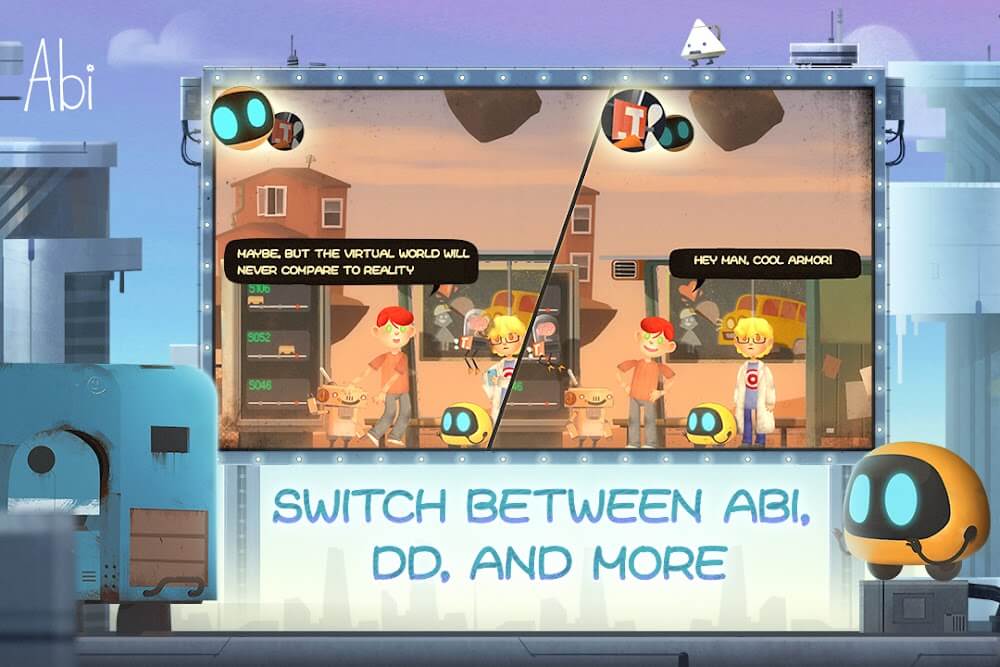 Abi: A Robot’s Tale will be a game that can give its players predictions of the rapid development of technology. If you are a person who is interested in the world of technology, you will find that this is a world that changes quickly, with many inventions constantly being born. And no one will know where the limits of this development will be, when and how the end of the developed world of technology will occur. This game will be a fantasy world that can give you a new perspective on the world of humanity when the development of technology has reached its limit and stopped. An image of a new world is opened through graphic effects, and music by famous composers will bring you an extremely realistic experience.

For an experience of the highest level of authenticity, the game has chosen to build a special adventure role-playing style. In the future, players will be immersed in the old-fashioned home robot Abi with the hibernating industrial robot DD trapped in a warehouse. After trying to escape, they feel shocked because the world around them is highly different from the appearance of the human world. Humanity has disappeared, but there is no evidence to explain this post-apocalyptic world. You will be the one who can find out the mystery behind this disappearance along with the two main characters, Abi and DD, on this emotional and fascinating journey.

You are now ready to download Abi: A Robot's Tale for free. Here are some notes: